A HISTORY OF ITALIA LODGE 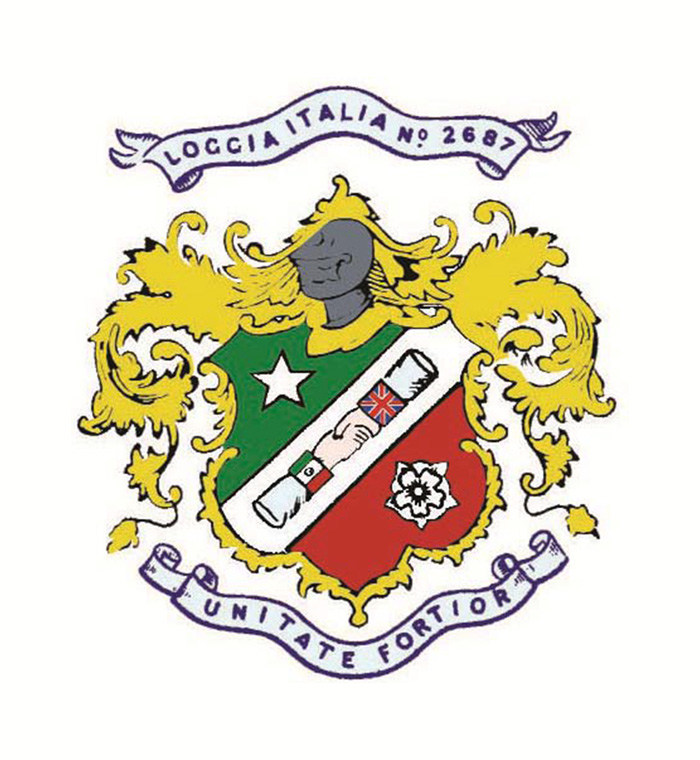 During the 19th Century, many Italians emigrated to North America and also European countries. Records show that between 1820 and 1851, more than 4000 Italian immigrants arrived in England, with some 50% of them settling in London. The centre of the Italian community in Britain throughout the 19th Century, and indeed until very recently, is ‘Little Italy’ situated in a part of London called Clerkenwell.

Irrespective of their original professions, many immigrants found work in hotels and restaurants, some of which had Masonic Temples attached. Naturally, this aroused their curiosity, led them to ask many questions and, as a result, to become interested in the Craft themselves. Some of them became Freemasons and because they enjoyed Masonic activities so much they contributed greatly to its development amongst their fellow Italians. Eventually, it was decided to apply to start their own Lodge hoping that, if permission was obtained from the United Grand Lodge of England, the proceedings could be worked in Italian.

Several Italian Masons were members of Rothesay Lodge No.1687 which sponsored a petition to UGLE dated 7th April 1897. This was accepted and the Warrant for Italia Lodge No. 2687 on the Register of the United Grand Lodge of England was issued on the 9th December 1897, with permission to conduct their proceedings in English and/or in Italian.

Italia No. 2687 was consecrated on Tuesday 17th March 1898 at the Cecil Hotel in the Strand in London.

The logo (shield) chosen to represent the Lodge has a rose in the lower corner to represent the rosettes on the Master Mason’s Badge. In the upper portion is a five pointed star representing the Five Points of Fellowship, across it is a design of two hands clasped in friendship, with the flags of the United Kingdom and Italy on the wristcuffs. The Lodge motto ‘Unity and Strength’ is prominent on the sash.

In 1904, through the efforts and guidance of W.Bro Major John Woodall, Past Grand Treasurer and Senior Warden at our Consecration, Italia Lodge met with three other International Lodges working in London: Pilgrim Lodge 238, Lodge La France 2060 and Lodge L’Entente Cordiale 2796.

They decided to form the International Club, with the objective of uniting the several foreign-speaking Lodges under the jurisdiction of the United Grand Lodge of England. In 1910, the name was changed to the Anglo-Foreign Lodges Association, better known as AFLA, still very active today.

Membership increased with two more lodges joining, the newly formed Deutschland Lodge No. 3315 and America Lodge 3368. The present membership consists of nine “Foreign” Lodges under the Constitution of the UGLE. At the Festive Board after the reunion in 1910, toasts were made to the King of England, the Kaiser of Germany, the President of France, the King of Italy and the President of the United States of America.

In 1907, W. Bro W.Hammond, Librarian at United Grand Lodge of England, presented the Lodge with a sword belonging to the MW Bro. Giuseppe Garibaldi, Grand Master of the Grand Orient of Italy in 1864. This sword was worn by him at ceremonial meetings. It is now displayed during Italia Lodge Festive Boards. Two important events took place in 1912: the Consecration of Italia Chapter 2687 at the Café Monico on the 9th January 1912 and, for the first time in its history, Italia Lodge was the banner Lodge for the Anglo-Foreign Lodges Association Reunion on the 17th April 1912.

In 1939, Britain declared war on Germany, a war that was to last six years and involved Italy on the side of Germany and Japan. UGLE informed Italia Lodge that those brethren who were nationals of the enemy countries should abstain from attending meetings during the war. Italia Lodge met for the last time on 3rd June 1940. The Warrant and other Lodge effects were dispersed among the membership for safe keeping.

The first meeting, after the end of the war, took place on the 15th April 1948, just over 50 years from the Lodge’s Consecration. W.Bro Gus Spiriti was unanimously re-elected Worshipful Master for a second term.

The first Initiate in 1948 was the owner of a famous Italian Restaurant in Charlotte Street which then became, for many years, the home of the Lodge Committee meetings. In the following years, many Italian Restaurant owners in London were initiated into Italia Lodge and remained very active throughout their membership.

Since 1974, Italia Lodge meets at Freemasons’ Hall in Great Queen Street, London, where we have rights of tenure while the Lodge Warrent remains active. Previous venues included the Criterion in Piccadilly and the Café Royal in Regent Street. We have always organised Festive Boards in Italian restaurants and presently we dine at the Italian Restaurant Spaghetti House in Goodge Street.

On the 17th March 1998, exactly 100 years after the Consecration, Italia Lodge celebrated its Centenary in the Grand Temple; the ceremony was attended by a numerous delegation from UGLE headed by the then Grand Secretary, W.Bro. Commander Michael Higham, who unveiled the new Lodge Banner to be dedicated by the Grand Chaplain. In total almost 200 Masons attended the Centenary meeting including over 160 guests from many Lodges in both London and the Provinces.

Italia Lodge is one of few Lodges in London that has a constantly growing membership, currently standing at 75 members..

Italia Lodge is also very active socially with the highlight of the year being the Ladies Weekend in mid March. Since the turn of the century, the Lodge has donated over £ 50,000 to Masonic and non-Masonic Charities.

So on our 115th Birthday we can count over 100 Worshipful Masters, 600 members and almost 10,000 visitors who have graced our meetings and festive boards. 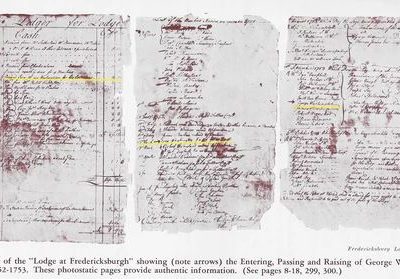