Home > Anti-Masonry > Official Statement of the Church of Greece – 1933

Official Statement of the Church of Greece – 1933 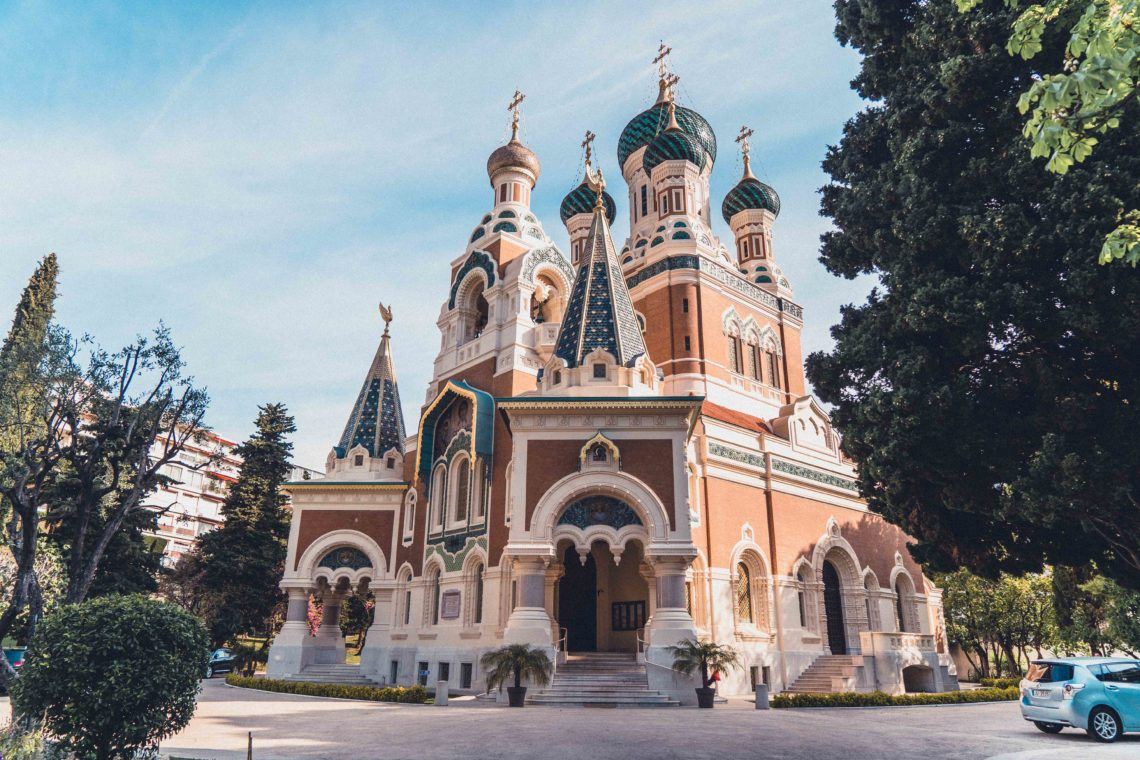 It is clear from the following statement that Orthodox Christians must disavow the Masonic movement and resign from it if they have joined it in ignorance of its goals. Pike, in his Morals and Dogma of the Ancient and Accepted Scottish Rite of Freemasonry tells us that “Every Masonic Lodge is a temple of religion; and its teachings are instruction in religion.” (p. 213) “Masonry, around whose altars the Christian, the Hebrew, the Moslem, the Brahim, the followers of Confucius and Zoroaster, can assemble as brethren and unite in prayer to the one God who is above all the Baalism.” (p. 226) “Masonry, like all religions, all the Mysteries, conceals its secrets from all except the Adepts and Sages or Elect and uses false explanations and interpretations of its symbols to mislead those who deserve only to be misled.” (p. 105 )

Patriarch Athenagoras and Archbishop Iakovos have frequently quoted or rephrased the following from Chapter 10 of the above work. “No human being can with certainty say, in the clash and conflict of hostile faiths and creeds, what is truth, or that he is surely in possession of it, so every one should feel that it is quite possible and another equally honest and sincere with himself, and yet holding a contrary opinion, may himself be in possession of the truth.” One needs only to read the Christmas 1967, statement of Patriarch Athenagoras or Archbishop Iakovos’ sermon at St. Patrick’s Cathedral, January 19, 1969, to realize that they continually expound Masonic doctrine which is opposed to sound Orthodox teaching. The very ecumenical movement’s founders and chief exponents are members of the Masonic order which inspires them and gives them their guidelines. Is it no wonder then that Orthodoxy becomes unimportant to these people?

Read and reread this statement in order to understand the correct Orthodox opinion in this matter.

The Official Statement
The Bishops of the Church of Greece in their session of October 12, 1933, concerned themselves with the study and examination of the secret international organization, Freemasonry. They heard with attention the introductory exposition of the Commission of four Bishops appointed by the Holy Synod at its last session; also the opinion of the Theological Faculty of the University of Athens, and the particular opinion of Prof. Panag Bratsiotis which was appended thereto. They also took into consideration publications on this question in Greece and abroad. After a discussion they arrived at the following conclusions, accepted unanimously by all the Bishops.

“Freemasonry is not simply a philanthropic union or a philosophical school, but constitutes a mystagogical system which reminds us of the ancient heathen mystery-religions and cults—from which it descends and is their continuation and regeneration. This is not only admitted by prominent teachers in the lodges, but they declare it with pride, affirming literally: “Freemasonry is the only survival of the ancient mysteries and can be called the guardian of them;” Freemasonry is a direct offspring of the Egyptian mysteries; “the humble workshop of the Masonic Lodge is nothing else than the caves and the darkness of the cedars of India and the unknown depths of the Pyramids and the crypts of the magnificent temples of Isis; in the Greek mysteries of Freemasonry, having passed along the luminous roads of knowledge under the mysteriarchs Prometheus, Dionysus and Orpheus, formulated the eternal laws of the Universe!

“Such a link between Freemasonry and the ancient idolatrous mysteries is also manifested by all that is enacted and performed at the initiations. As in the rites of the ancient idolatrous mysteries the drama of the labors and death of the mystery god was repeated, and in the imitative repetition of this drama the initiate dies together with the patron of the mystery religion, who was always a mythical person symbolizing the Sun of nature which dies in winter and is regenerated in spring, so it is also, in the initiation of the third degree, of the patron of Freemasonry Hiram and a kind of repetition of his death, in which the initiate suffers with him, struck by the same instruments and on the same parts of the body as Hiram. According to the confession of a prominent teacher of Freemasonry Hiram is “as Osiris, as Mithra, and as Bacchus, one of the personifications of the Sun.”

“Thus Freemasonry is, as granted, a mystery-religion, quite different, separate, and alien to the Christian faith. This is shown without any doubt by the fact that it possesses its own temples with altars, which are characterized by prominent teachers as “workshops which cannot have less history and holiness than the Church” and as temples of virtue and wisdom where the Supreme Being is worshipped and the truth is taught. It possesses its own religious ceremonies, such as the ceremony of adoption or the masonic baptism, the ceremony of conjugal acknowledgement or the masonic marriage, the masonic memorial service, the consecration of the masonic temple, and so on. It possesses its own initiations, its own ceremonial ritual, its own hierarchical order and a definite discipline. As may be concluded from the masonic agapes and from the feasting of the winter and summer solstices with religious meals and general rejoicings, it is a physiolatric religion.

“It is true that it may seem at first that Freemasonry can be reconciled with every other religion, because it is not interested directly in the religion to which its initiates belong. This is, however, explained by its syncretistic character and proves that in this point also it is an offspring and a continuation of ancient idolatrous mysteries which accepted for initiation worshippers of all gods. But as the mystery religions, in spite of the apparent spirit of tolerance and acceptance of foreign gods, lead to a syncretism which undermined and gradually shook confidence in other religions, thus Freemasonry today, which seeks to embrace in itself gradually all mankind and which promises to give moral perfection and knowledge of truth, is lifting itself to the position of a kind of super-religion, looking on all religions (without excepting Christianity) as inferior to itself. Thus it develops in its initiates the idea that only in masonic lodges is performed the shaping and the smoothing of the unsmoothed and unhewn stone. And the fact alone that Freemasonry creates a brotherhood excluding all other brotherhoods outside it (which are considered by Freemasonry as “uninstructed”, even when they are Christian) proves clearly its pretensions to be a super-religion. This means that by masonic initiation, a Christian becomes a brother of the Muslim, the Buddhist, or any kind of rationalist, while the Christian not initiated in Freemasonry becomes to him an outsider.

“On the other hand, Freemasonry in prominently exalting knowledge and in helping free research as “putting no limit in the search of truth” (according to its rituals and constitution), and more than this by adopting the so-called natural ethic, shows itself in this sense to be in sharp contradiction with the Christian religion. For the Christian religion exalts faith above all, confining human reason to the limits traced by Divine Revelation and leading to holiness through the supernatural action of grace. In other words, which Christianity, as a religion of Revelation, possessing its rational and super rational dogmas and truths, asks for faith first, and grounds its moral structure on the super-natural Divine Grace, Freemasonry has only natural truth and brings to the knowledge of its initiates free thinking and investigation through reason only. It bases its moral structure only on the natural forces of man, and has only natural aims.

“Thus, the incompatible contradiction between Christianity and Freemasonry is quite clear. It is natural that various Churches of other denominations have taken a stand against Freemasonry. Not only has the Western Church branded for its own reasons the masonic movement by numerous Papal encyclicals, but Lutheran, Methodist and Presbyterian communities have also declared it to be incompatible with Christianity. Much more has the Orthodox Catholic Church, maintaining in its integrity the treasure of Christian faith proclaimed against it every time that the question of Freemasonry has been raised. Recently, the Inter-Orthodox Commission which met on Mount Athos and in which the representatives of all the Autocephalous Orthodox Churches took part, has characterized Freemasonry as a “false and anti-Christian system.”

The assembly of the Bishops of the Church of Greece in the above mentioned session heard with relief and accepted the following conclusions which were drawn from the investigations and discussions by its President His Grace Archbishop Chrysostom of Athens:

“Freemasonry cannot be at all compatible with Christianity as far as it is a secret organization, acting and teaching in mystery and secret and deifying rationalism. Freemasonry accepts as its members not only Christians, but also Jews and Muslims. Consequently clergymen cannot be permitted to take part in this association. I consider as worthy of degradation every clergyman who does so. It is necessary to urge upon all who entered it without due thought and without examining what Freemasonry is, to sever all connections with it, for Christianity alone is the religion which teaches absolute truth and fulfills the religious and moral needs of men. Unanimously and with one voice all the Bishops of the Church of Greece have approved what was said, and we declare that all the faithful children of the Church must stand apart from Freemasonry. With unshaken faith in Our Lord Jesus Christ “in whom we have our redemption through His blood, the forgiveness of our sins, according to the riches of His Grace, whereby He abounds to us in all wisdom and prudence” (Ephes. 1, 7-9) possessing the truth revealed by Him and preached by the Apostles, “not in persuasive words of wisdom, but in the partaking in the Divine Sacraments through which we are sanctified and saved by eternal life, we must not fall from the grace of Christ by becoming partakers of other mysteries. It is not lawful to belong at the same time to Christ and to search for redemption and moral perfection outside Him. For these reasons true Christianity is incompatible with Freemasonry.

“Therefore, all who have become involved in the initiations of masonic mysteries must from this moment sever all relations with masonic lodges and activities, being sure that they are thereby of a certainty renewing their links with our one Lord and Savior which were weakened by ignorance and by a wrong sense of values. The Assembly of the Bishops of the Church of Greece expects this particularly and with love from the initiates of the lodges, being convinced that most of them have received masonic initiation not realizing that by it they were passing into another religion, but on the contrary from ignorance, thinking that they had done nothing contrary to the faith of their fathers. Recommending them to the sympathy, and in no wise to the hostility or hatred of the faithful children of the Church, the Assembly of the Bishops calls them to pray with her from the heart in Christian love, that the one Lord Jesus Christ “the way, the truth and the life” may illumine and return to the truth who in ignorance have gone astray.”